The insulation of people on the long path threatens nightmare, depression, aggression, violence, violence and threat of international relations

Right after the war, social psychology gets at swing and the first experiments from which will later give up incredible variations as part of various reality shows. The Real Pioneer of these research is Dr. Filip Zimbardo from the university of yours in 1971., in 1971., with 24 students of the students living in the university of the university, for two weeks. A Insulation Simulator is being created and for the first time normal people are exposed to almost prison regime. To see how they are putting the sudden pressure that the prisoners are facing in criminal cases, where more violence is also reported. The experiment is being stopped after just six days! The reason is warning: participants were too much into their role, which could eventually threatened them. Of course, the whole attempt was filmed by a hidden camera.
Zimbardo later takes part in a reality show called " the human zoo " (" human zoo "), as a scientific advisor. Everything was played in the UK and a group of 12 participants were set up a group of 12 participants that were performed daily in various challenges. The So-called psychology of the ship has been tested ". it was clear that human'll change in an unexpected way when a man was forced to move. On the basis of this, the voajersko-Kindergarten versions of such shows were created in us.

Many years ago I spent 6-8 hours a day in meditation in Tibetan Independence. At the time of visualization of the white Tara, there was no tension or trouble. I was simply sustainable, I guess due to the drop of bazaar metabolism and sometimes i experienced an exclusive state. But…

In my break when I was drinking black tea with butter and salt and walking in nature I noticed that something really annoying me. Silence. I didn't hear neither birds nor wind, no vehicles were there for miles from lamaserije, and the farmers from the nearby village did not often get to the top where I was. That silence became killer so I started to understand how much time and effort it takes for a man to learn from this mode of life. As soon as I got back in my cell I started calling a little tibetan bell and playing with the lace. Even talk to yourself or out loud reading texts. The crisis has begun to drop.

Advice. Always hear some sound. Space and visual privacy is not as kill as sound. Talk, listen to TV, radio, music, sounds of nature, the wind of the wind. When you walk all the time, be aware of the external sounds.

What I also realized in those times of marathon meditation is that no matter how comfortable we were to sit and lie we have to move. In order to avoid depression and other consequences, we need to walk just enough to breathe a little. 20-30 minutes daily, of course at a social distance. Preferably with a mask. That's how you get the tension of the tension.

Early signs of depression should be watched due to insulation. At me, the nightmare began to report, the dreams of which I remembered very clearly and always contain some symbolic message. The more scary they were the message was the more clear.
The appearance of the rat in my dreams scared me until later I saw that c.g. young has explained this as a message of the non-note which means "patience". If it comes to animals, you should think well about what are the most important characteristics of this species. And understand what he's telling us.
Consciousness messages in extreme situations are especially valuable and deep. In one dream, I fell into the dive and held to the golden rope. I couldn't let him out of my hand. Only later I will understand what was going on in the deep of my mind. You should always remember one important thing – all the human characters that appear in your dream are yourself! Different, sometimes hidden, parts of your own personality.

Tibetan have a special doctrine that speaks about "feelings with all beings that feel". it took me a long time to understand one part of it.

In moments of alone and threatened depression, think whether you can understand or regret the people you've been judge until yesterday because of their actions. In the west there is a similar doctrine of forgiveness, but this one is different in one shade because it does not talk about forgiveness but understanding, compassion. The Western version of this technique is half an hour of consider a day, with questions: did I mind this person something I didn't need? Do people whose way of life I hate do this for a reason, because of life circumstances? Can I feel sorry with people whose life values I don't share? Such an information can bring depression away.
It was only when one lama cut my pain by explain that my golden line as the ability to give up on my morning I realized that this loneliness is a great chance to, instead of falling into depression – to meet ourselves.

Finally, drink as much light a day. Because of melania, who also plays an important role in mental balance and sleeping.

I often ask if there is any cure or prevention from the crown. I will put my opinion here that of course doesn't require anyone.
There is no real cure at the moment. In the arsenal of official medicine, the most talk about the possible impact of once older antimalarials, Resochina (when I travel to Asia I took it as a prevention against Malaysia, but later was replaced by one recent drug, fansidar, op.a.) in combination with the antibiotic. Of course, the doctor has to recommend this.

Natural drugs can have positive effects from natural drugs, as it works well on breathing. Chinese scientists think black or green tea that contains liquid, teobromin and one caffeine-like caffeine can prevent the virus from entering the station. Some believe that the body lemonade can also help.
My favorite would be the root of ashwagandhe. Withania Somnifera) because it's the best natural imunomodulatoru. But it should not be taken by people who are on the drugs for štitinjaču or glucocorticoids. Why Immunomodulator? I think that it is too strong and not only weak immunity in certain circumstances can be a problem.

Picture 1.: Dr. Villa Beroš – this really needs to be held!
Picture 2.: Dr. Filip zimbardo – a psychologist who was exploring to what measure a man can withstand insulation
Picture 3.: Tibetan monastery – place of expression on the edge of endurance 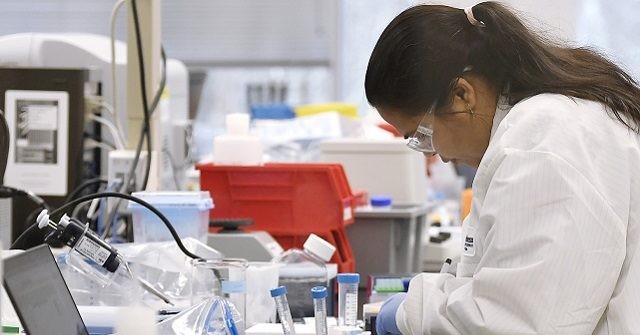